By Marleen Evertsz,
Published on December 24, 2020

This week The Share Council went live with their IPO on Nxchange. Super proud of these guys. In the Next Generation Capital 2Tokens project I have closely collaborated with the founders. Their thrive and enthusiasm is infectious. Also in organizing and structuring the possible acquisition of shares in HEMA by thousands of fans, The Share Council played a very important role.

The Share Council was incorporated 5 years ago. All because the founders initially wanted to allow their employees to structure their participation and reward in a way that would make them motivated to work for the company. A fact that many startups struggle with. Nowadays they digitize every form of participation and ensure that companies get the right infrastructure to realize growth. I’d like to explore what drives The Share Council, and what the future of their space might look like. Who knows how we can bolt things together with Nxchange. 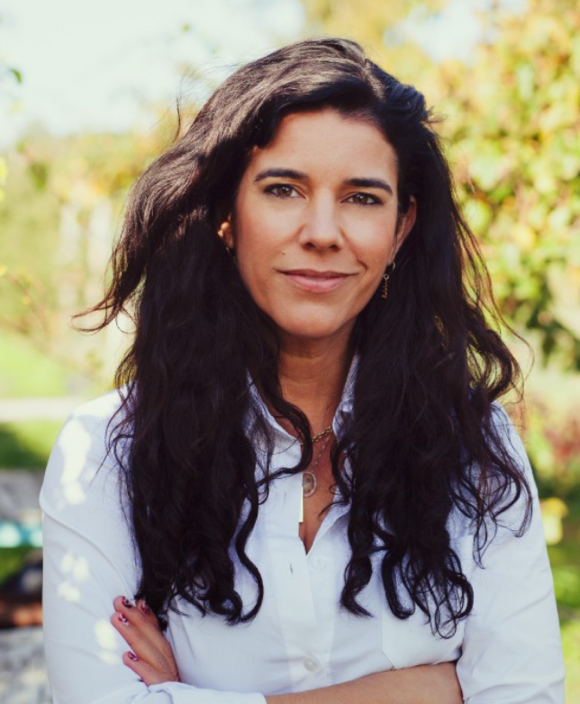 In need of a new story

We are in the midst of one of the biggest crises fighting to conquer this pandemic. From every angle the current circumstances force us to rethink how we organize ourselves in a way to optimise our survival rate. For once employees, employers, customers and stakeholders are all in the same boat. The interests of everyone involved - surviving this disaster - are aligned more than ever. All hands on deck, for better or for worse.

Asking for help in difficult situations is something we need to do. But what about the other way around? Will we let the ones who saved us from going down benefit when things are getting better as well?

Back to the future

A company that offers its employees and other stakeholders the opportunity to become co-owners is more resilient in times of crisis. This is not the conclusion of a recent study, but the result of research that has been conducted for decades around times of crisis. We are talking about the 80s, 90s and around 2008.

Ultimately, the Upjohn Institute study, 'How Did Employee Ownership Firms Weather the Last Two Recessions?' best see the positive influence of employee participation on the survival of a crisis. Companies with an employee participation plan had the fewest layoffs in both 1999 and 2009, furthermore they were up to 20% less likely to go out of business. It also showed that companies whose employees are co-owners displayed a much greater social cohesion. A kind of corporate nationalism, which ensures that this community (no matter how small) stands up for each other, so that harder economic blows can be absorbed.

Creating stakeholder alignment is not an obstacle to do your job. It is your job!

Stakeholder alignment is not an easy job in our fast and consuming world. It demands for a different type of leadership. One often supported by a more cooperative setup. Already in the fifties we saw how large retailer Albert Heijn allowed their employees and customers to buy shares in the supermarkets through a special savings program. And mind you, this was not loyalty created by simple discounts as the many loyalty programs we see nowadays. This was created by actually allowing their stakeholders to buy mini shares in their Albert Heijn. This ingenious investment scheme was structured by allowing customers to buy Albert Heijn stamps in the store alongside their groceries and being able to convert them into certificates (depository receipts) of shares once they had enough. Yes, that's right! It was 'buying stamps', not 'giving away stamps', allowing them to become co-owners of the Albert Heijn Corporation. As a result a great load of households became mini shareholders of the Albert Heijn Corporation. At its top about 150.000! I still see my aunt sticking the 'zegeltjes' to a card. She had no idea what stock-markets meant, but she very well understood what Albert Heijn meant to her.

We also see more modern versions of stakeholder inclusion on a large scale. Dutch retailer Blokker recently announced the issuance of the Blokjes Blokker. A similar program but in a modern twist. Perhaps most striking is the KoopdeHEMA initiative, where thousands of fans felt the need to take action to safeguard their beloved retail store HEMA. One could state that with this movement they definitely contributed to keep HEMA out of the hands of aggressive buyers. Their guts is rewarded by the new owners of HEMA (Parcom and Missisippi Ventures run by the Van Eerd family), who don't necessarily need the capital that these fans are willing to put on the table but do want to include them in building a more sustainable future for the beloved retailer.

Back to the future

I believe that in the future we will increasingly see similar initiatives, where decentralisation of ownership and stakeholder- or community involvement are promoted, where whole ecosystems are being built, by allowing their stakeholders some type of ownership. This is easier said than done. Creating stakeholder participation programs involves a lot of legal structuring and a great hassle when it comes to holding the correct administration of these programs.

At the forefront of share distribution and ownership technology, The Share Council helps businesses accelerate innovation, raise new capital and attract the right talent by significantly easing up stakeholder participation within companies.

Clients of The Share Council simply register their shares on the platform, also seen as digitizing the shareholders register. From here on these shares are fractionalized into small digital entities, and then bundled into a portfolio. Each portfolio has its own set of rules, conditions, and contracts. These are highly customizable, whilst allowing for shares to easily be distributed between employees and other stakeholders.

Interesting for startups and other young companies to involve talented employees whom they normally could not have afforded, but are willing to accept piece of ownership. But, even more so, only imagine what this can mean for the future of all these companies? From where we stand now any sort of participation can be promoted and executed. With the technology available endless possibilities become available.

Thanks for reading, Marleen

CEO and Co-Founder Marleen Evertsz has a proven track record in leading innovative fintech companies. Being at the forefront of digitizing and trading physical assets with GoldRepublic since 2010, Marleen is now dedicated to building fully regulated, trading platforms for issuing and listing tokenized securities and digitized assets on Nxchange and GoldRepublic in close collaboration with European regulators, ABN Amro Clearing bank and the Rabobank.

Tokenized securities and digitized assets are our thing at GoldRepublic and Nxchange. We have been dealing with trading these assets and allowing institutional and retail investors taking positions in these assets for over 10 years now.

On Nxchange you can invest and trade in promising high growth companies, green assets, sustainable businesses and real estate.